Description:  The William and Marion Muller House, "Wenaumet," was designed by William Proctor of Arlington, MA in the Colonial Revival style and was built in 1925-26.  The house and garage are included in the State's MACRIS database as part of the Wings Neck Area.

Circa 1908 cottage, 1.25-story, wood-frame, 4-bedrooms, with typical Bungalow features -- a hipped roof, projecting eaves, wood shingle siding, and simple architectural trim. A narrow brick chimney rises from the southwest roof slope. Cottage is available at no cost to be moved offsite at the expense of an interested party. Move details subject to an agreement with the owner. 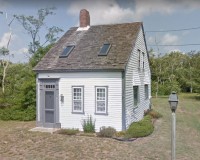 This circa 1828 half-Cape house is known as the Smith-Knowles House.  Its main entrance framed by pilasters, lintel shelf, and 5-pane transom window is a classic treatment for a Federal period Cape Cod dwelling. The building has 9/6 window sash and, on the east side, slanting shingled hoods over the first floor windows are an interesting turn-of-the-20th-century addition.

The building dates from the mid-1800s, likely circa 1850, and has architectural detailing linking it to both the Greek Revival and Gothic Revival architectural styles, including its main mass with side hall form, its steeply pitched roof with wide eaves, and its ornate door brackets. It is likely that additional architectural details such as corner boards and cornices are hidden under the existing synthetic siding. 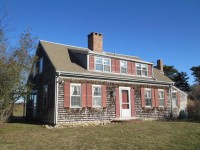 The Solomon Howes House (circa 1700/1802) is a full Cape house with a full dormer and wings extending from the rear.  The earliest part of the house, probably built circa 1700 or before, is now a back ell.  It was once a complete house with its own beehive oven.  The full Cape house was added to the ell circa 1802 and became the main house.  The house is an unusually well preserved and detailed example of an early 18th century Cape dwelling.
Contact: Michele Clarke, Historical Commission Staff Liaison mclarke@chatham-ma.gov
More information

The George and Adelia Taylor House is a traditional 3/4 Cape house form built circa 1870 and later expanded with a front porch and one-story rear additions. See the attached historic inventory form for more information. 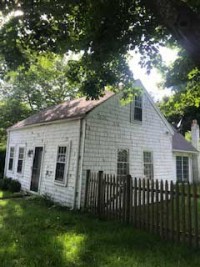 SAVED: The building was purchased by preservation-minded buyers and will be restored.
More information

Mid 1850, mill building with detached garage, 964 sq ft, history unknown other than it is in the neighborhood of the former Sandwich Glass Factory.

The house is known as the Kenrick House and as the Sparrow House, and is on the Town’s Historic Inventory on file with the Massachusetts Historical Commission. Our heritage in seafaring, agriculture, commerce, education, government, religion, and our outsized role in our nation’s wars are all ingrained within the walls of this house. 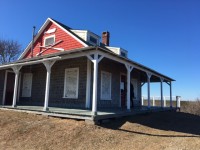 Interesting 1.5 story wood-framed summer cottage circa 1900 at 12 Ocean Bluff Lane in Truro, MA (Assessor’s Map 37, Parcel 6) being offered for removal by qualified interested parties. Must demonstrate intent to maintain structure at new site, ability to dismantle and transport from site, and adequate insurances against damage to site, road, property and persons. Being offered for a period of 60 days.  If removal of entire structure for re-use is not undertaken, then the structure will be available for responsible removal of salvage materials within the same time period for re-use in construction. 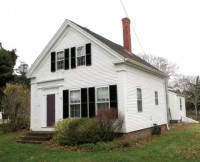 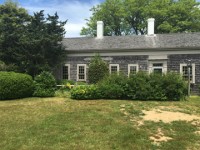 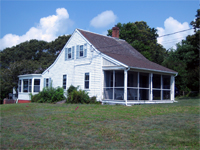 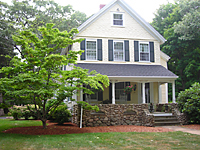 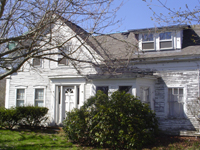 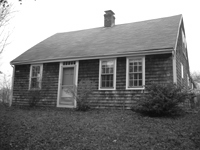 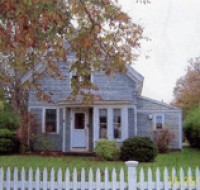 19 Old Wharf Road, North Chatham
SAVED: The owners have agreed to save the original house, removing later ells and moving the original building elsewhere on the property to serve as a guest house. A new main house will be constructed on the property. 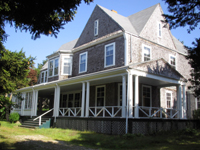 205 Associates Road, Chapoquoit, Falmouth
SAVED: The building was moved by barge to North Falmouth, then cut into sections and moved by truck to a new site where it was reassembled